If you live in San Francisco, today’s your day to use your vote for the little guy.

Mom asked why we would vote for Chicken in the San Francisco 2007 Mayoral election, besides because he’s our friend, since he’s never held political office before. We said we wouldn’t be voting for Chicken John Rinaldi as much as we’d be voting against Gavin Newsom.

Well, we wouldn’t be voting against Gavin Newsom in particular, we’d just be voting against billionaires in general continuing to make the rules for the struggling working-class populace, in what’s supposed to be a government run by the people for the people. With a little COMEDY now, can we, please.

And after years spent working for Chicken as a bartender at the Odeon, this writer can say with some certainty that he’d delegate. He’d hire people who know what they’re talking about to resolve issues facing the City. He’d be the one illuminating discrepancies while his team of smart people got down to business. He’d be funny and entertaining and get a lot of points across, in the singular way that he does.

And then he’d enter into scandal when all his employees sued for emotional abuse, and it would all go to hell in the most cockamamie media circus this town has seen since Emperor Norton suggested we build a bridge to Marin and everyone laughed at him. 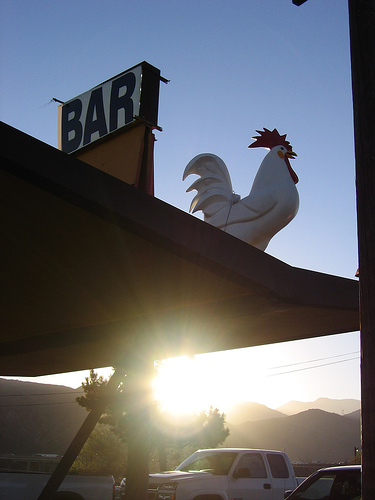